Why do people migrate to California?

Understanding Immigration and Immigrants in California

California’s influx of immigrants and U.S.-born citizens began in 1848 with the discovery of gold in the Sierra foothills. In 1850, the U.S. census counted 95,957 residents – this did not include the surviving Indigenous Californians. Twenty years later, California’s population had passed 560,000, with populations of Irish, Chinese, Germans, and English immigrants making up large portions of that total.

Lord James Bryce once wrote, “It is in many respects the most striking in the whole Union, and has more than any other the character of a great country, capable of standing alone in the world.”

How Many People Immigrate To The US Every Year

With an increasingly polarized political landscape in the United States, it’s essential to be aware of the facts when it comes to U.S. immigration statistics. Below we’ve listed some of the most commonly asked for information with regards to California immigrants[1]:

If you’re looking to hire a lawyer to navigate the complex and overwhelming U.S. immigration system – look no further than Leiva Law Firm. The attorneys at Leiva Law Firm specialize in immigration and nationality law for national and international clients. Call them today to schedule a consultation! 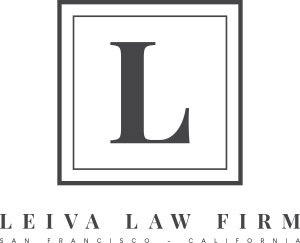 We specialize in immigration and nationality law. We strive to provide the best solution in helping clients navigate through their immigration issues. In doing so, we focus on superior customer service and client accessibility throughout their immigration process. Most of our services are based on a flat fee legal rate and we offer payment plans.

This website is an advertisement for legal services. The information on this website is not legal advice. If you have questions regarding your situation, you should consult an attorney. While we invite you to contact us with initial questions, this does not create an attorney-client relationship. Please do not send us any confidential information until an attorney-client relationship has formally been established. Any links on this website are provided as general information and in no way constitute legal recommendation or advice.